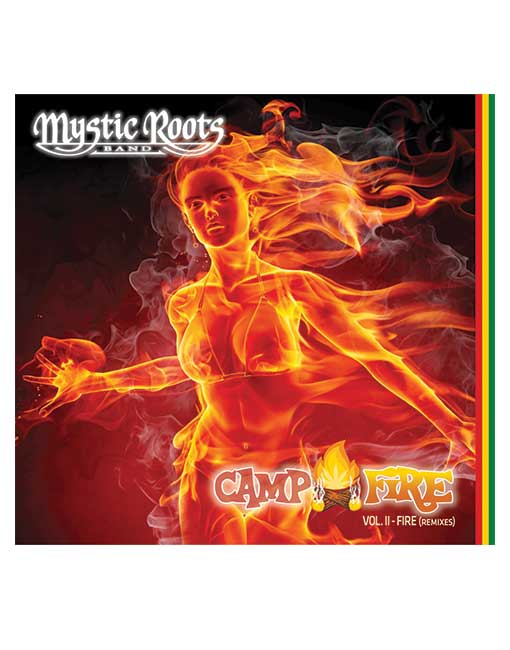 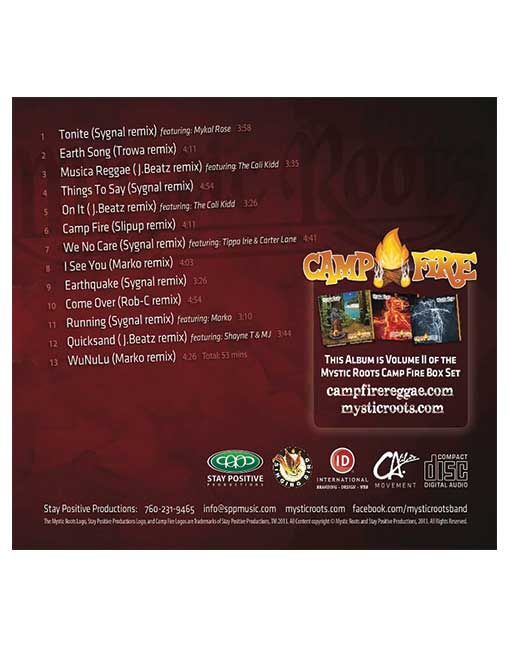 Volume Two, FIRE, released on Sep 24th, features remixes of all of the tracks on the CAMP album. These DJ/dance remixes range from EDM, Dubstep, and House to Dancehall, Trap, and Hip-Hop. The producers were specifically handpicked for their creative ability to take these Mystic Roots songs to a whole new audience. Thousands of fans at Coachella, 2013, already had the pleasure of experiencing the “We No Care Fire remix” by Sygnal, and DJs around the world have been leaking these songs in their sets at nightclubs and underground parties worldwide. The full FIRE album can be downloaded now on iTunes. The Deluxe Box Set of both CDs is now available in stores everywhere.